Dubrovnik as a Personal and Scholarly Mission – Petar Kolendić

Petar Kolendić (Dubrovnik, 17 September 1882 – Belgrade, 14 April 1969) was a prominent member of the movement of Catholic Serbs from Dubrovnik and a literary historian for whom Dubrovnik literature was a lifelong scholarly and personal mission 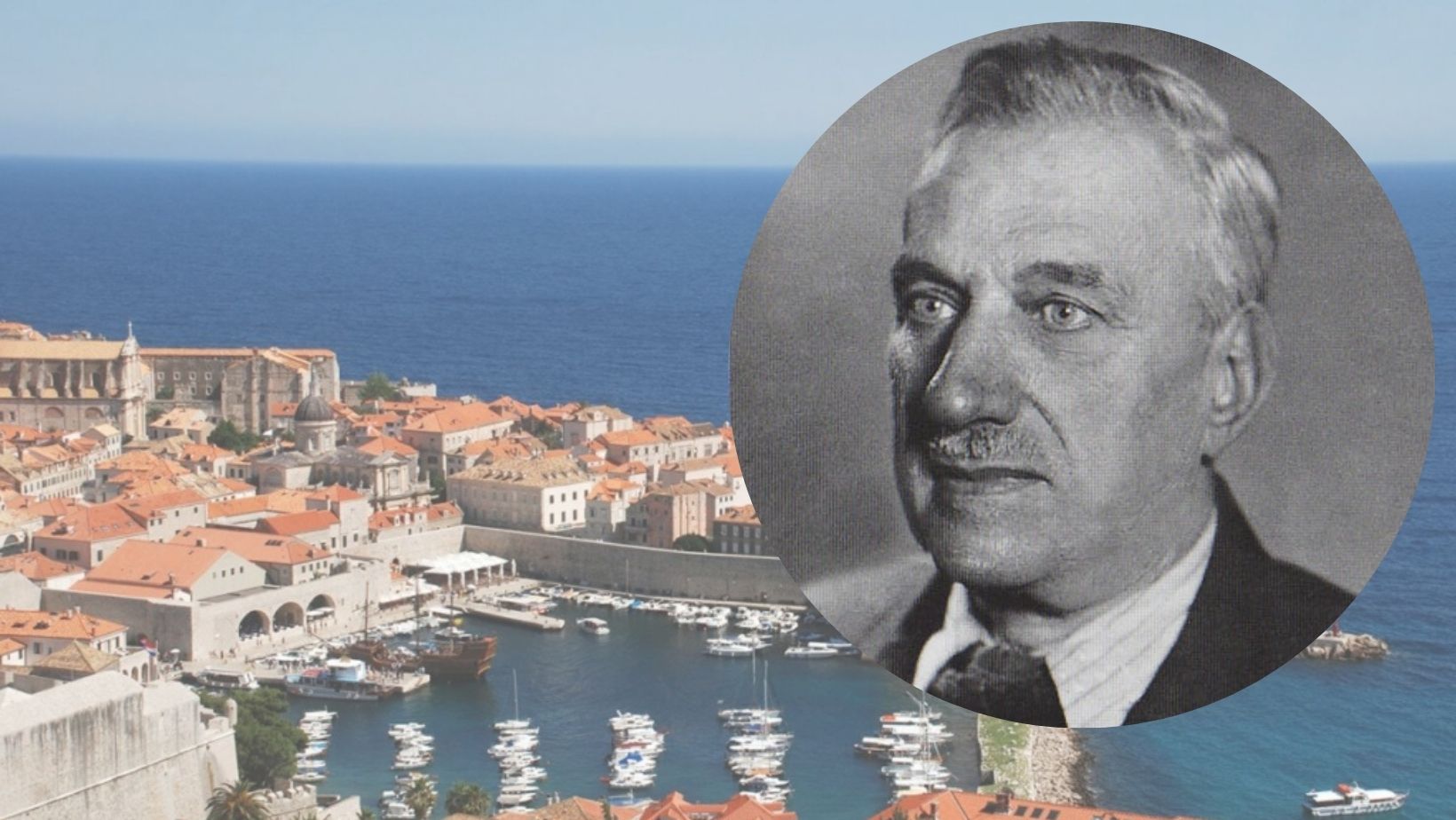 Presenting the life and work of Petar Kolendić on the occasion of the 140th anniversary of his birth, with all the implications surrounding them, is not an easy task. We need an appropriate and clear metaphor for that. The image that could most clearly illustrate the relation that defined the scholar’s life – the combination of Serbo-Croatian dynamics and literatures – would be in the shape of a helix, wound as a groove of a screw or the helix of human DNA. The biography, scholarly work and political ideas of this scholar most resemble this image.

Petar Kolendić was a literary historian and Dubrovnik citizen whose lifelong scholarly and personal mission was the literature of Dubrovnik. Born near the end of the 19th century, a tumultuous time, Kolendić was from his youth a member of an unusual group formed in the city around that time – the Serbian Catholic movement, which we have written about. The young rebel was even kicked out of gymnasium because of these ideas, had to take exams privately and, after matriculating, started studying natural sciences in Vienna. It seems that he became interested in Slavic studies primarily due to the influence of Milan Rešetar, another Viennese doctoral student and one of the key figures of the Serbian Catholic movement in Dubrovnik and of the studies of our language and literature. The encyclopedia of the Institute of Lexicography today numbers Kolendić among Croatian historians, both due to his origins and the subject of his work. Along with the literature of Dubrovnik, his field of study was old Croatian literature and the literary heritage of Dalmatian and Bosnian Franciscan monasteries. Early on, Kolendić joined the Serbian Catholic movement and became a fervent proponent of the idea that Dubrovnik, its language, literature and, typically radically for that now marginalized movement, entire cultural heritage are a part of Serbian culture.

Kolendić was guided by these ideas, which were inseparable from his deep awareness of his culture’s value and its development in specific historical conditions and calamities that afflicted our region. His beliefs were also strongly connected to his calling as a philologist, who is first and foremost dedicated to the text – that is, to science, discovery and the advancement of his field of research, regardless of ideological or national choices. His work, therefore, was long, devoted and thorough. Attributing authorship to texts, for example, is one of the hardest tasks of literary historians and philologists. Kolendić’s extremely demanding and exhausting work in archives produced important results. He was able to determine the authors of many old texts of Dubrovnik literature; they included classic names such as Menčetić, Bobaljević, Skvadrović, Đurđević and Marin Držić as well as forgotten, anonymous or little-known authors. An expert in Renaissance and Baroque literature, he used the comparative method to identify the sources and foreign models of Dubrovnik texts, with an emphasis on the lasting connection of this unique literary corpus to the Italian literary model and the influence of this powerful European culture on the other side of the Adriatic Sea.

The literature and cultural history of Dubrovnik, in its many different themes and manifestations, remained Kolendić’s obsession and specialty. He studied the history of writing and book printing in the Republic of Ragusa (the intriguing work Books Printed in Cyrillic for Dubrovnik Catholics in the 16th Century particularly stands out), the history of Dubrovnik drama and dramatic writing, and he even started a genealogical study of Dubrovnik citizens.

Professor Kolendić steadfastly continued his research and scholarly work while around him systems and regimes changed, empires fell, states were formed and world wars raged. He began his academic career in the Austro-Hungarian Monarchy and continued it in the first common state of the South Slavs, working as a gymnasium teacher in Šibenik, Sinj and Kotor and as a university professor in Skopje (at the recommendation of Pavle Popović). He moved to Belgrade in the interwar period and saw the occupation of 1941, when he was imprisoned in the notorious camp in Banjica. After the liberation in 1945, he continued working at the Belgrade University in the era of the new Yugoslavia. He soon became a regular member of the Serbian Academy of Sciences and Arts.

A different concept of belonging

When it comes to the scientific method, Kolendić was a positivist, an extremely important fact in two ways. Scientific positivism is a philosophical doctrine which, in short, is based exclusively on that which is scientifically verifiable. It considers only measurable and provable things real and negates the boundary between natural and social sciences. It is clear why this method fit Kolendić’s diligent and endlessly patient collection and study of numerous old texts, interpreted, systematized and tested according to the principle of the empirical verification of propositions on the relation between positivism’s two key oppositions: true versus false (falsification) and, finally, the scientific against the unscientific. However, Kolendić’s positivism is important and even fascinating in another sense. His philosophical and scholarly choice is the key reason for writing this scholar’s portrait and, in the context of our portal, this whole section. As a positivist, Kolendić overturns unconscious, automatic notions and cliches about the definition of precisely our subject matter here – national belonging, in this case, the belonging to the Serbian corpus. We can test this with a direct experiment. If we asked the reader to answer right away if the belonging to this corpus automatically includes religious belonging, i.e., belonging to Orthodox Christianity, the answer would, of course, be – yes.

Catholic Serbs of Dubrovnik, as a historical fact and as a (silenced) voice from the past, challenge this assumption. However, Kolendić’s example introduces another great “but”. He challenges this assumption as well and brings something completely new, an idea barely considered so far in our national and historical complex. Positivism, whose theory and system of ideas Kolendić advocated, has in its philosophical system no metaphysical components – which includes religious or theological ones. So, Kolendić is a Catholic Serb only conditionally. Through his conscious choice of nationality devoid of the religious affiliation he was born into and his rejection of Orthodox Christianity as an “immanent” element of the Serbian nation, he, along with a handful of others, identifies as a Serb purely as a national, political and historical concept, separate from religion. At that time, it was a revolutionary concept: to be a part of a nation, to choose a nation but not the religion of its majority. Unfortunately, the rejection of such a concept and of its integration into the modern Serbian nation – a process led and won by the Serbian Orthodox Church – was an unprecedented historical mistake, affirmed in the period of the Kingdom of Serbs, Croats and Slovenes when the Serbian nation was finally equated with the Orthodox religion (but, of course, only in relation to Catholicism and not to Islam). All this has had implications and consequences barely imaginable to this day. The unfulfilled potential of the development of this idea remains a blind spot in the forming of the modern Serbian nation.

Kolendić’s later political and ideological turn towards the left is, therefore, completely logical, dialectical. Nevertheless, his national choice remained the same as in the beginning, when, in his youth, he was thrown out of gymnasium and his pro-Serbian newspaper was abolished. It remained the same until the end of his long life, when, as a professor emeritus of the Belgrade University, he received awards and followed the development and work of his successor, his son Anton Kolendić, a historian, politician and diplomat whose life and career are yet to be given the attention they deserve.

Academician and historian Petar Kolendić is a metaphor for a full life, academic and scholarly career and, at the same time, an unrealized idea, a tree sapling that had no time to branch out. Both the scholarly work and the question of identity that defined Petar Kolendić’s extraordinary life make him deserving of a place in the great but unevenly represented gallery of figures of our modern cultural history. Now, a full 140 years since his birth, it is perhaps the right time to start. 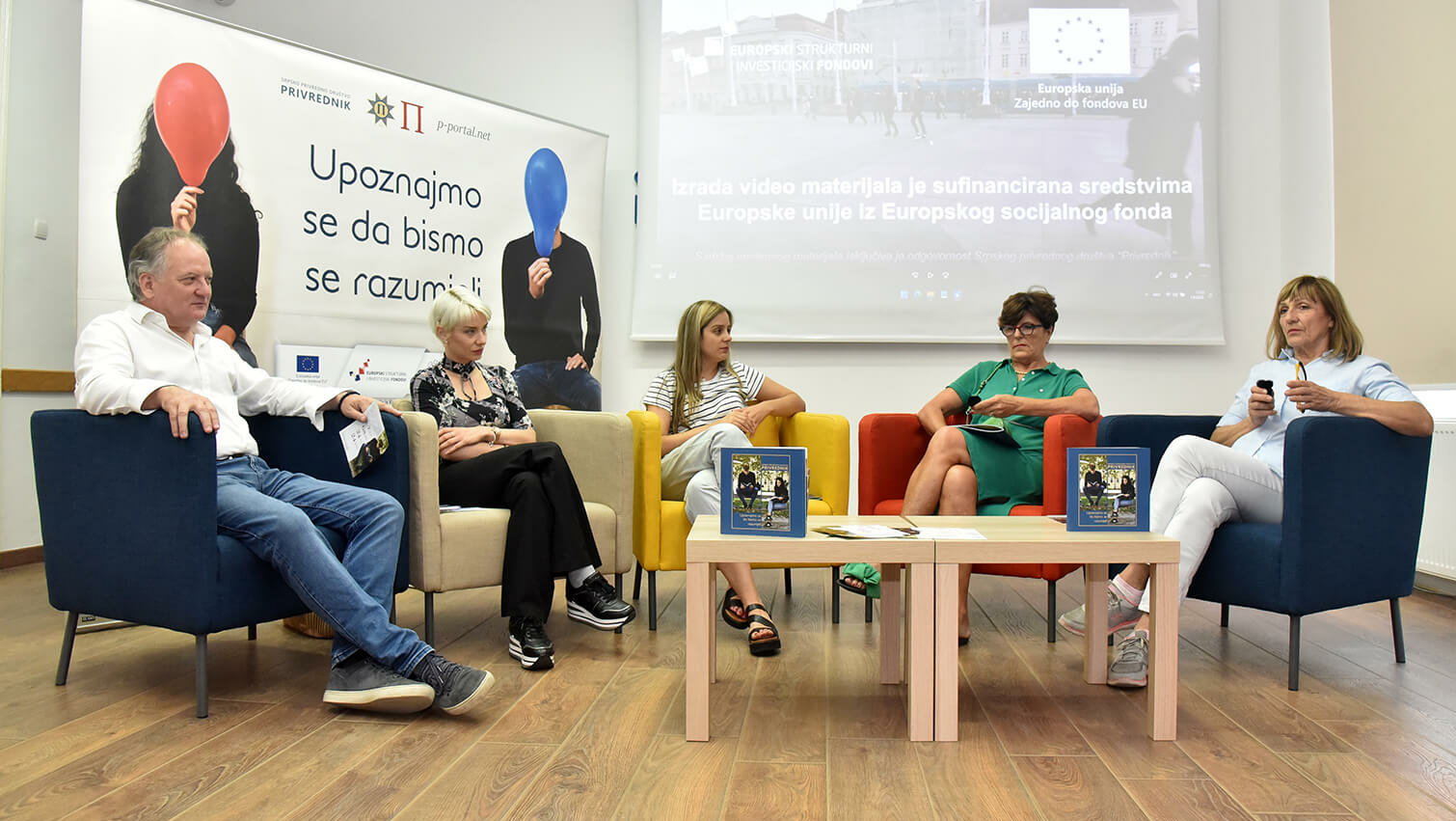 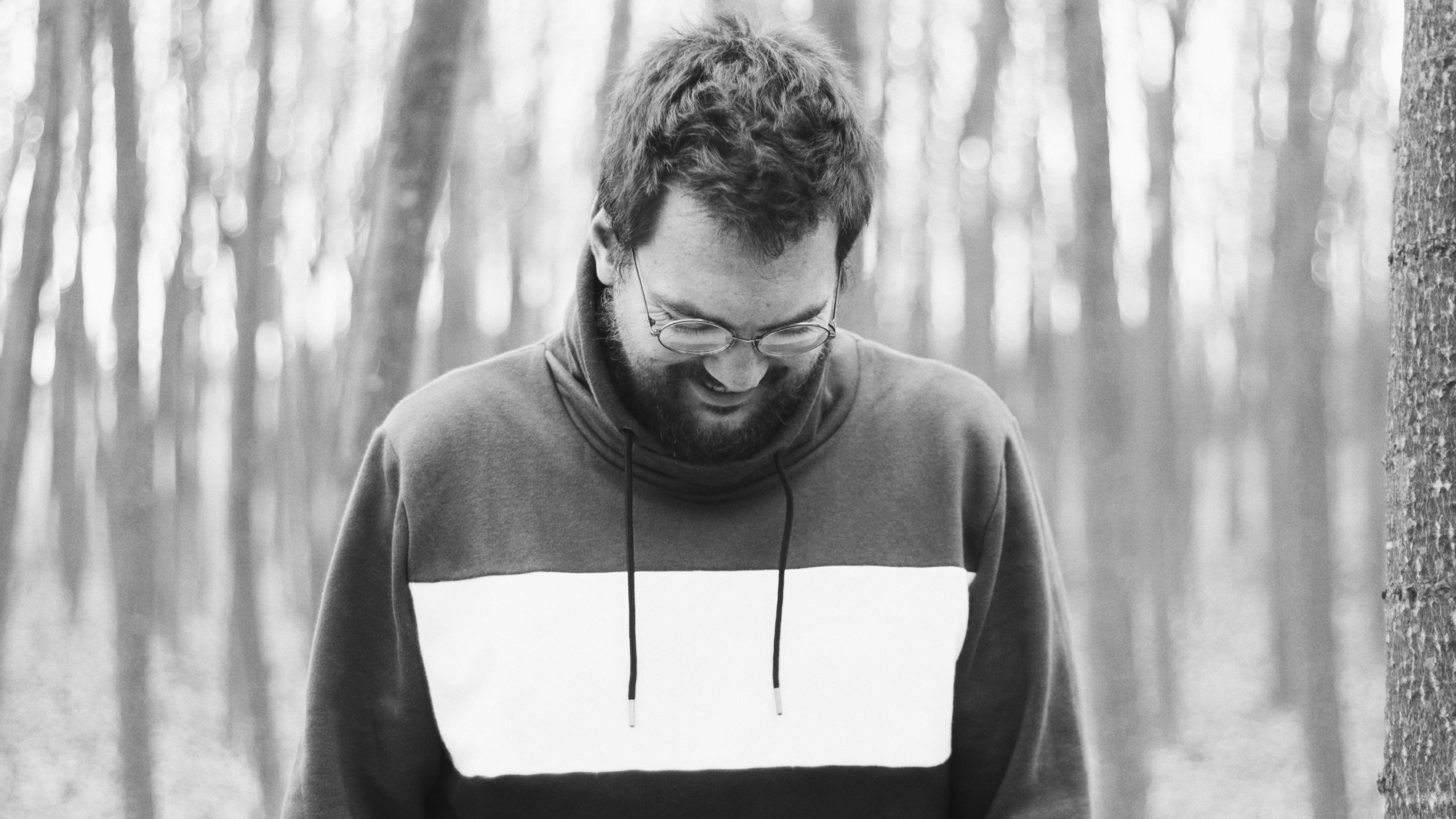 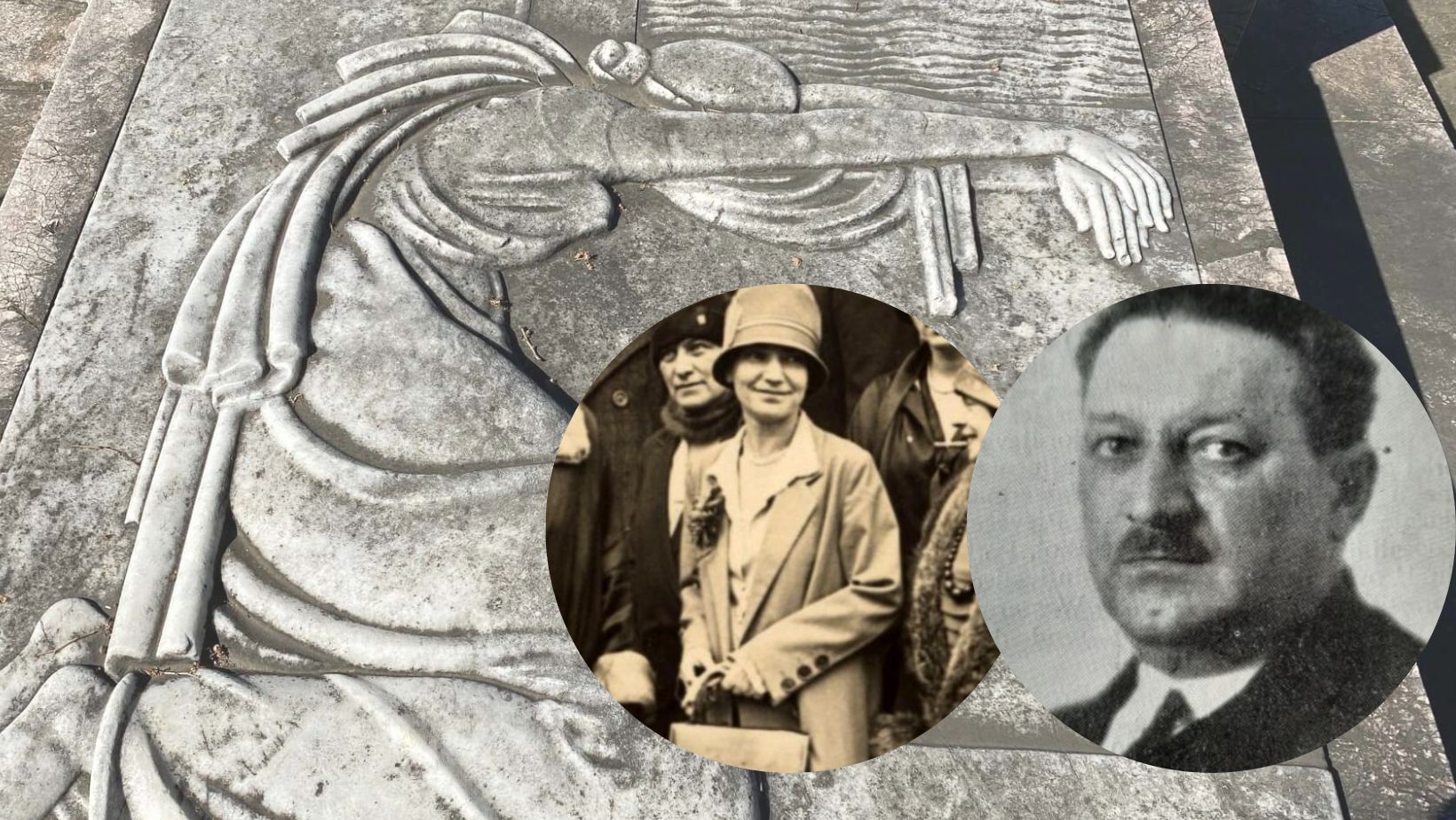 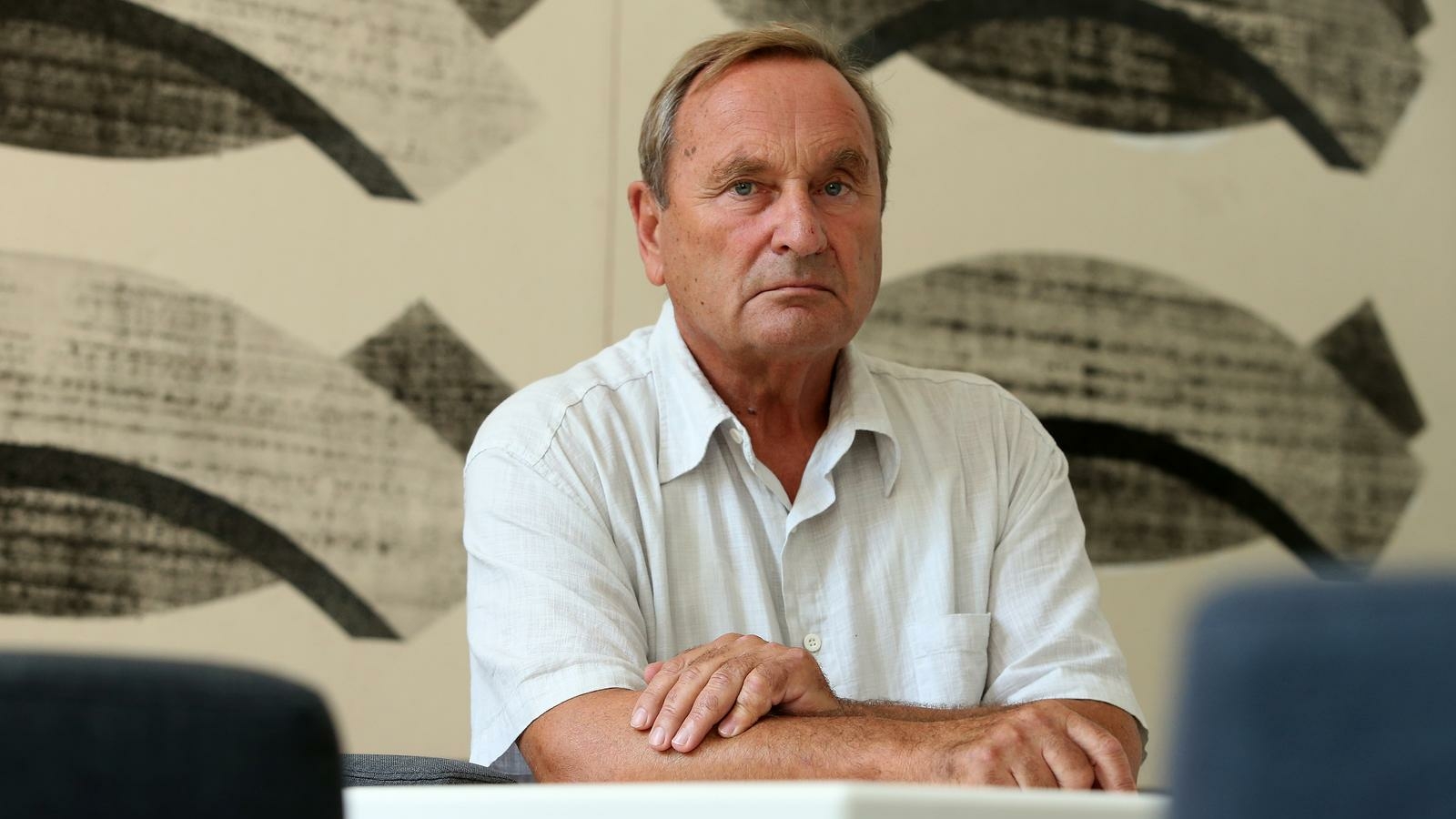